This Sunday, the teens had an opportunity to work with Dallas-based artist Andrew Blanton. Andrew recently earned his MFA in New Media from the University of North Texas and currently teaches at UT Dallas and SMU. Andrew began class with a brief presentation about his work, which he describes as transdisciplinary, meaning that he works in many different fields at the same time. He comes from a family of engineers and was trained in classical percussion. Andrew’s work is situated in between those two worlds and often utilizes coding and data collection to create digital or sonic landscapes. He also creates interesting apps for phones and tablets that interface to collect data from the microphone and GPS coordinates, then transform that information into sound, light, and environments, essentially turning the device into a musical instrument and light show.

After his presentation, Andrew handed an iPad to each student and had the teens download two free applications for their devices: Autodesk’s 123D Sculpt and 123Catch. We spent a little bit of time familiarizing ourselves with the programs, and then it was off to the galleries. We explored works by Joseph Havel, Lynda Benglis, and Anselm Kiefer. As we spoke about each work of art, the students made renderings or 3-D scans of each piece and were encouraged to digitally manipulate their file. The class concluded in Richard Serra’s Vortex, where Andrew led us in a few sonic experiments. 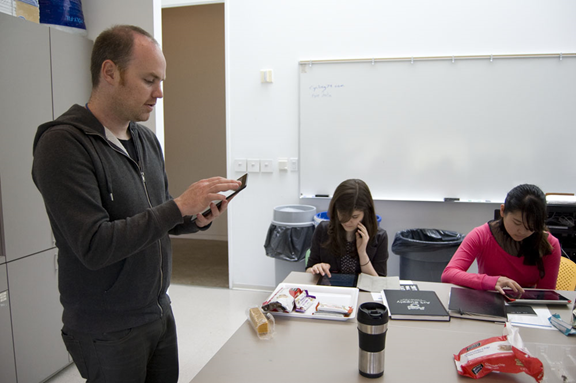 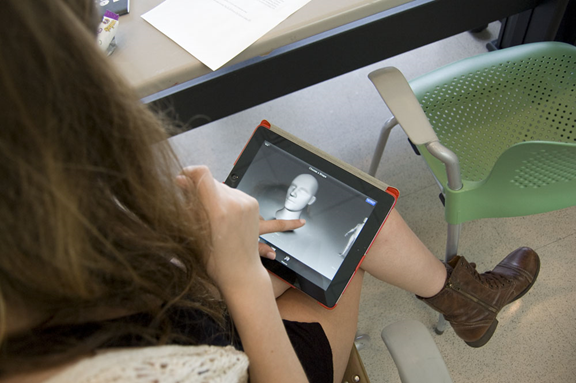 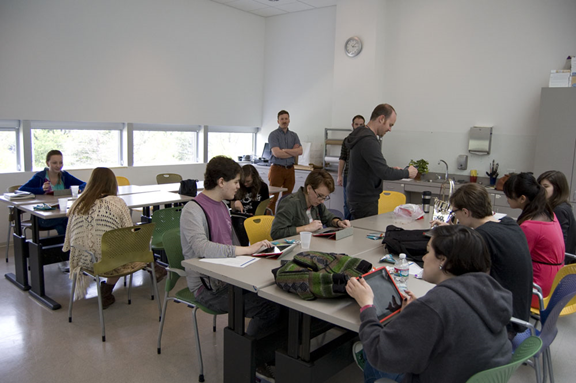 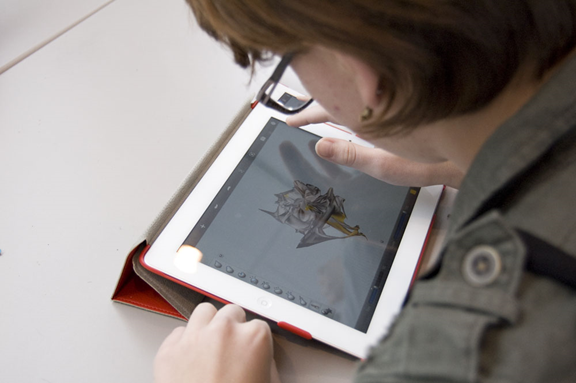 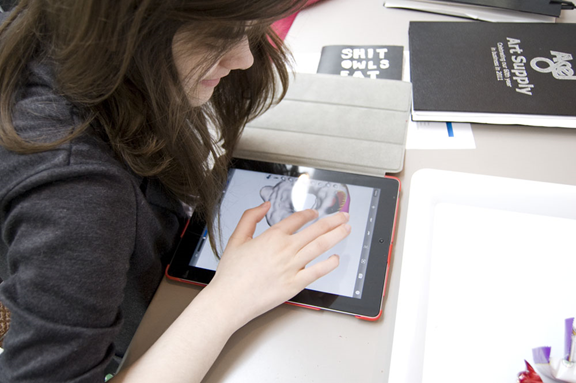 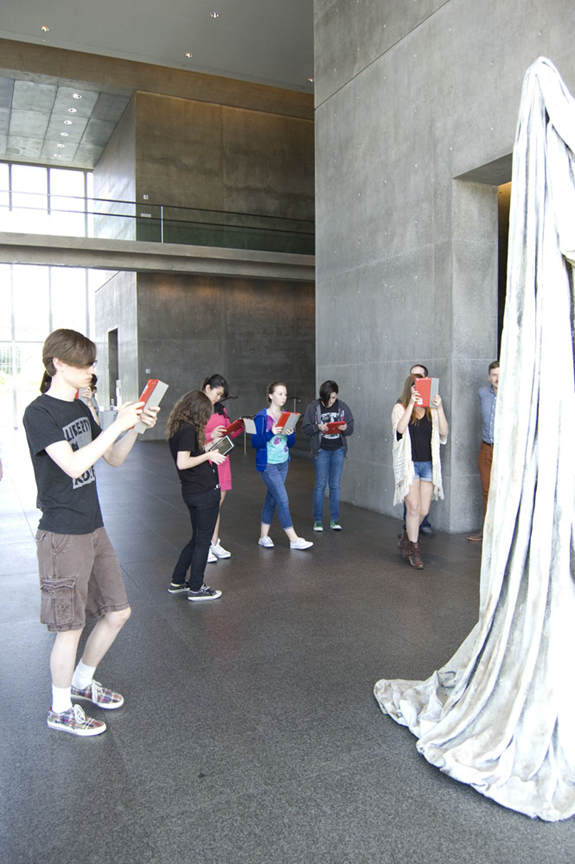 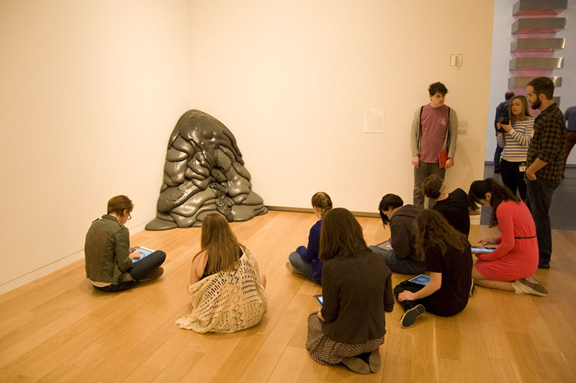 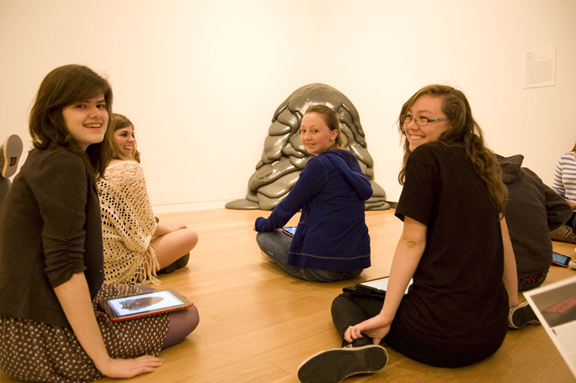 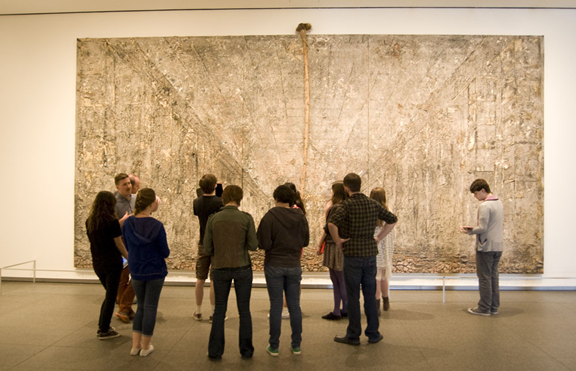 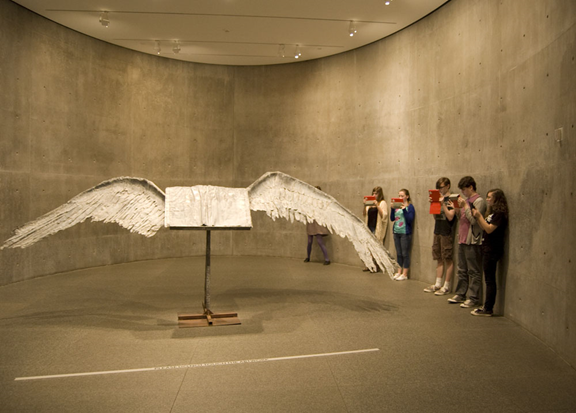 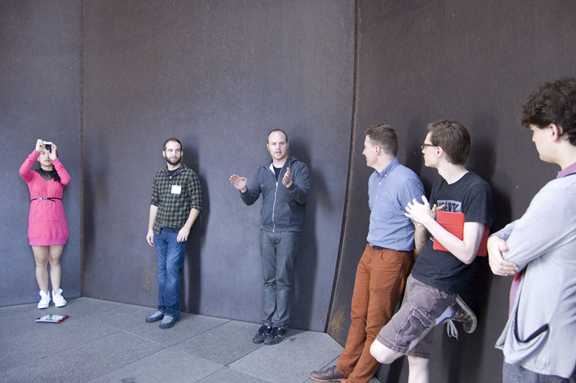