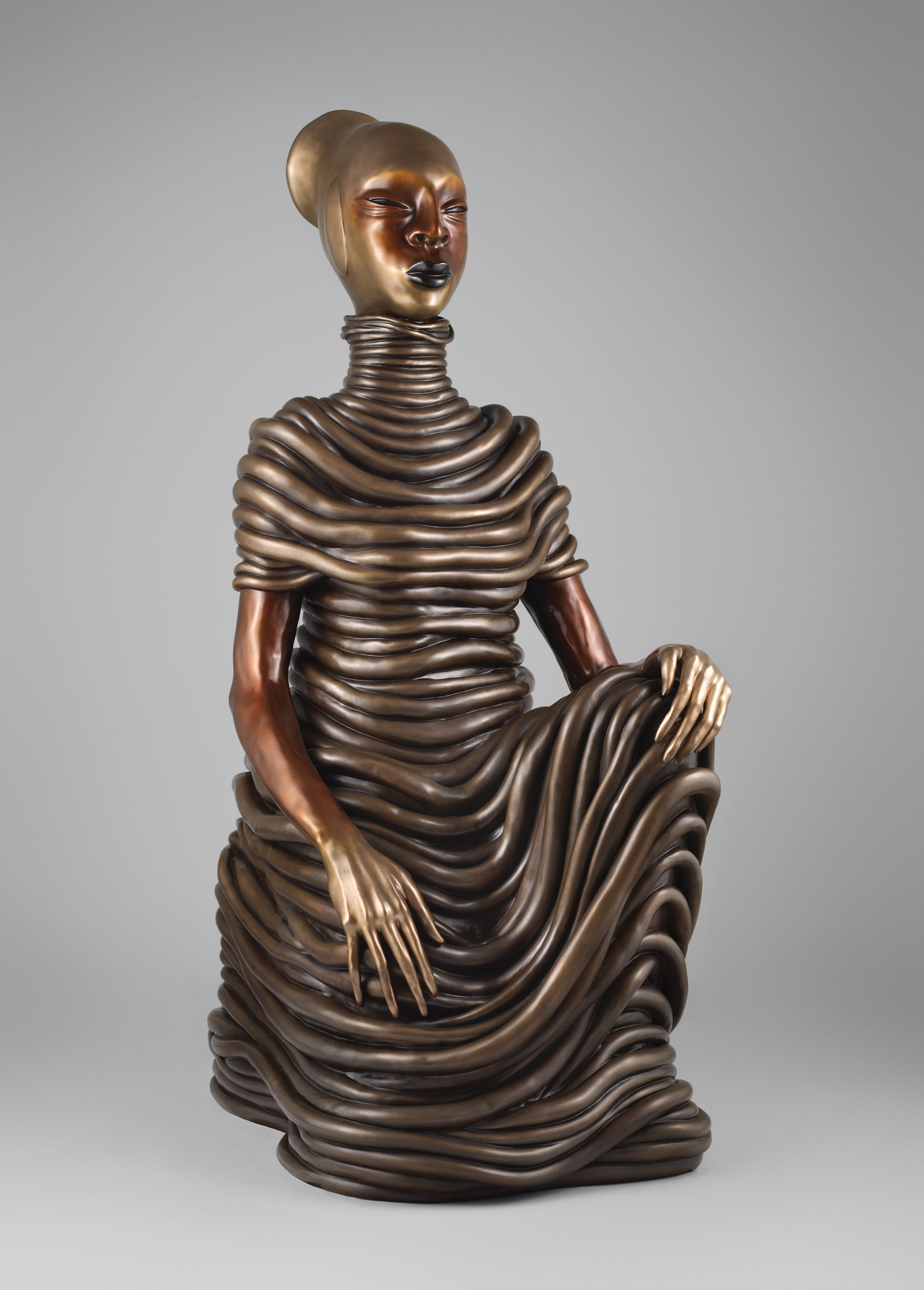 The Modern Art Museum of Fort Worth has acquired Wangechi Mutu’s The Seated III, 2019, a large sculpture of a seated female figure entwined in bronze coils, on view in the first pavilion gallery.

The artist was born and raised in Nairobi, Kenya, and now divides her time between there and Brooklyn. She created The Seated III as part of a four-sculpture commission for the façade of New York City’s Metropolitan Museum of Art for the exhibition The NewOnes, will free Us. An edition of The Seated III and its mirror image, The Seated I, occupied niches facing Fifth Avenue, along with another mirrored pair, The Seated II and The Seated IV. Each figure is cast in an edition of three. Two of the sculptures have entered the Met’s permanent collection, and The Seated III takes up her vigil overlooking the Modern’s reflecting pond.

The artist’s interest in caryatids is centered around the carved bodies of strong women that are incorporated into many traditions of classical African sculpture. They include the royal staffs of the Kingdom of Luba from Central Africa, the holy stools of the Yoruba kings, the figures of mothers in Makonde ritual stools, and many others. The caryatids of African sculpture predate the classical Greek and Roman architectural figures, which are essentially anthropomorphic columns. These particular African caryatids represent the divine female in her role as a central pillar and are symbolic of her responsibility in society. It is these singular caryatids that inspired The New Ones, those relieved from their role of eternal weight-bearers.

Mutu rewrites the role of the caryatid. The Seated III bears only her own weight and is unattached to the building or any structure around her. She is serene and regal, and her calm extends to her fingers and her expression, which is that of a woman in her rightful place. Her garment is fashioned from sinewy coils that envelop and protect her body, draping around her suggestively like heavy embellishment. Her stretched head refers to the tradition of binding craniums in many ancient high-status individuals, like wealthy women of the Mangbetu, royalty from ancient Kemet, and even rulers of the Aztec and Mayan empires. Those painful and heavy enhancements and alterations were symbols of great status.

The New York Times — Wangechi Mutu: A New Face for the Met