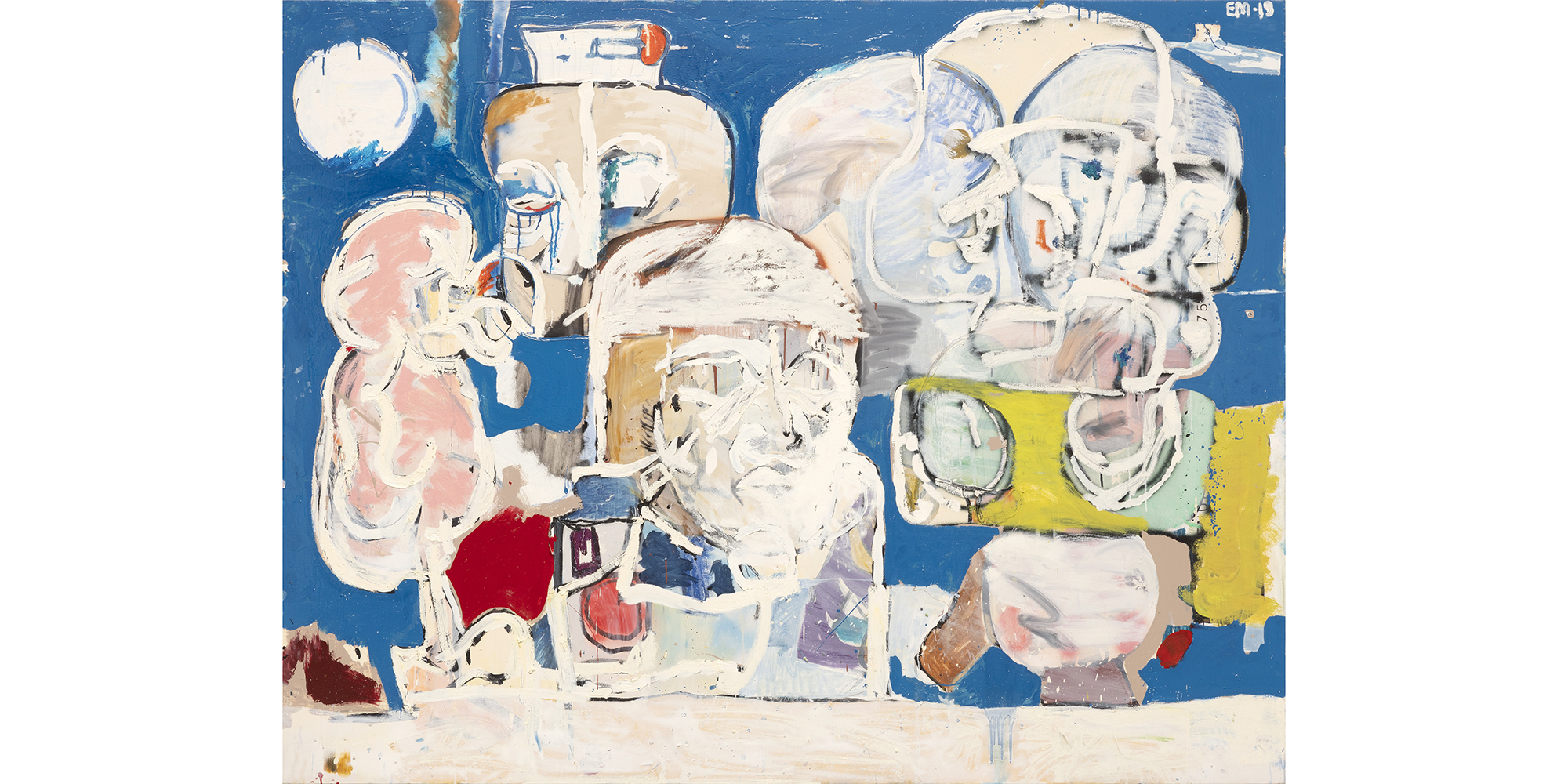 The Modern begins its twentieth year in its Tadao Ando-designed galleries with a permanent collection installation focused on works acquired since the building’s opening. Both floors showcase paintings, photographs, sculptures, and videos by artists from a wide range of cultures and geographies.

The first floor explores new directions in abstraction, conceptualism, pop, and minimalism over the past two decades. Works embracing theories of the lens, cinema, semiotics, and psychology open the installation. Takashi Murakami and Andy Warhol dominate the dialogue around pop art, with contributions by Eddie Martinez and Ed Ruscha. Jack Goldstein’s monumental Untitled, 1979, anchors a series of works with spare, mostly black or white palettes, including photographs by Orit Raff, drawings and a sculpture by Banks Violette, and sculptures by Justin Adian and Robert Smithson. The last permanent collection gallery on the first floor holds earthy compositions by Susan Rothenberg, Nancy Graves, and Linda Ridgway.

On the second floor, portraits and landscapes, both figurative and abstract, join videos, bold color studies, and works on paper. Kamrooz Aram, Dan Christensen, Thornton Dial, and Lucy Dodd invite viewers to consider nature in the abstract. Humor and pathos, as well as incisive observations about who gets seen and how, appear in portraits by Jammie Holmes, Alex Katz, Shirin Neshat, Philip Pearlstein, Vincent Valdez, and Kehinde Wiley. Landscapes that evoke imagination and emotion are featured in photographs by Thomas Demand and Wolfgang Tillmans, videos by Yoshua Okón and Melanie Smith, and in Teresita Fernández’s Epic 2, 2009. Paintings and sculptures that reflect on the formal and allegorical uses of animals, including paintings by Melissa Miller and Richard Thompson and sculpture by Daisy Youngblood, run the length of the museum’s west side. In the east galleries, works by Marina Adams, Frank Stella, and Stanley Whitney demonstrate ongoing investigations into the power of color and geometry.

The exhibition includes several major acquisitions made in recognition of the building’s tenth anniversary in 2012: Mark Bradford’s Kingdom Day, 2010, Vernon Fisher’s The Coriolis Effect, 1987, Dan Flavin’s untitled (for you Leo, in long respect and affection) 4, 1978, Jenny Holzer’s Kind of Blue, 2012, Sol LeWitt’s Wall Drawing #50A, 1970, and Robyn O’Neil’s These final hours embrace at last; this is our ending, this is our past., 2007; as well as one of the most popular works acquired since the building opened, Martin Puryear’s Ladder for Booker T. Washington, 1996. Another perennial favorite, the complete set of Nicholas Nixon’s series The Brown Sisters, with forty-five photographs taken annually from 1975 through 2020, is on view for the first time in four years. In addition, a selection of acquisitions sponsored by the Director’s Council represents the group’s important contributions to the collection. Wangechi Mutu’s The Seated III, 2019, overlooks the pond, where KAWS’s CLEAN SLATE, 2018, recently joined Roxy Paine’s Conjoined, 2007.

With works ranging from provocative to contemplative, the exhibition encapsulates the multivalent nature of contemporary art.