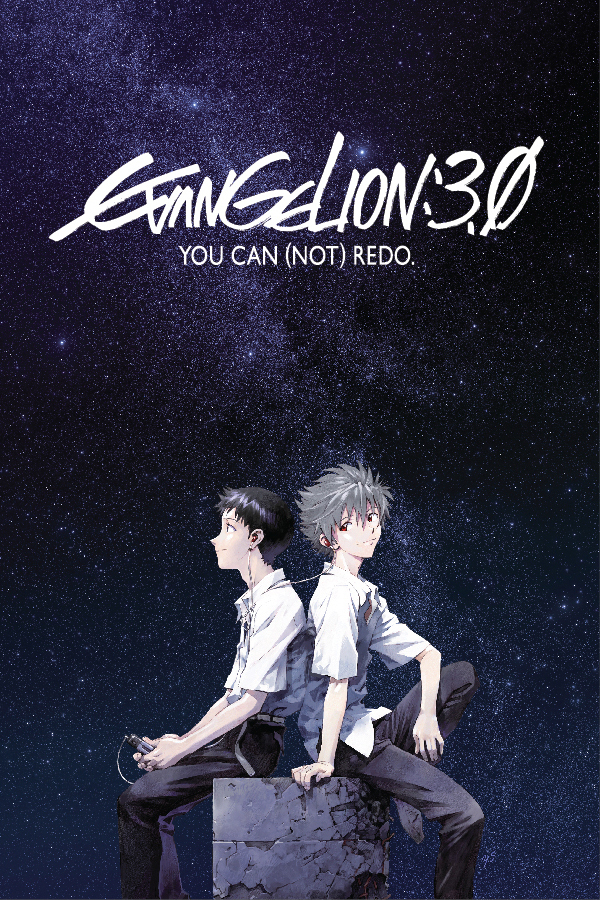 In this Japanese animated science fiction film, set fifteen years after the worldwide cataclysm called Third Impact, Asuka Langley Shikinami and Mari Illustrious Makinami, pilots of the Evangelion mecha, retrieve a container carrying Evangelion Unit 01 and its pilot Shinji Ikari. Shinji has finally woken up after causing the Third Impact. He hasn't aged at all since the incident, but everything else has changed. The earth is in ruins. The people he once protected treat him like a prisoner and threaten to kill him if he pilots another Eva. At NERV headquarters, Shinji meets pianist Kaworu. As the boys bond, the organization's true mission comes into focus. Lost in a labyrinth of deception, Shinji careens toward a mental breakdown that could bring about the end of humanity.

Dr. Marc Hairston will introduce this week’s film and will direct a discussion with the audience afterwards. Dr. Hairston  is a physicist at the University of Texas at Dallas researching the sun and the solar wind’s effect on the Earth’s magnetic field and upper atmosphere using data from NASA and Air Force satellites. Also interested in the scholarly study of anime and manga, Dr. Hairston is on the board of editors of Mechademia, the first English-language academic journal addressing these topics and he regularly teach courses examining the themes of science fiction and fantasy in anime and manga, specifically focusing on individual anime creators such as Miyazaki, Shinkai, Hosoda, and Takahata.