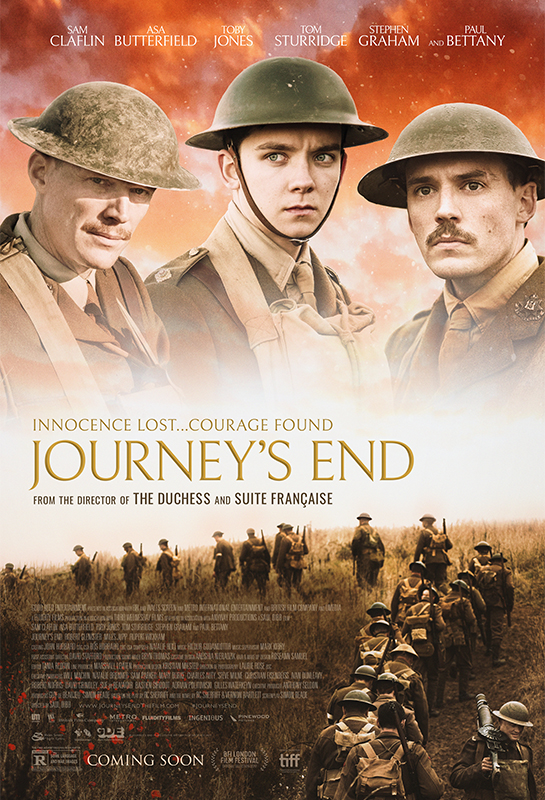 Journey's End
Magnolia at the Modern

“This taut, emotionally wrenching snapshot of both the mythologies and grim realities of war possesses useful reminders about self-deception and abuse of power, especially at a time when bellicose rhetoric and war cabinets seem to be the order of the day. . . . Paul Bettany magnificently portrays [an officer] who personifies with quiet self-restraint the concept of courage as unwavering grace under pressure.” Ann Hornaday, Washington Post.

In a dugout in Aisne in 1918, a group of British officers, led by a mentally disintegrating young officer, await their fates in R. C. Sherriff’s 90-year-old play brought to the screen with thrilling power, thanks to director Saul Dibb’s hard-hitting urgency and brilliant work from a talented cast.