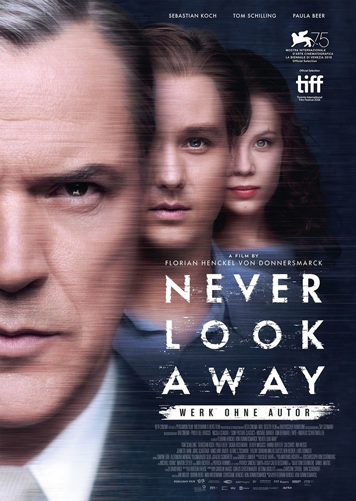 Never Look Away
Magnolia at the Modern

“Some people will say Never Look Away is too long. . . . But much would be sacrificed, and there's something very gratifying about watching an artist discover what he wants to say and how he wants to say it, even when cramped by the society in which he lives.” Sheila O’Malley, RogerEbert.com. A sweeping romantic historical drama, Never Look Away follows 30 years in the life of a great artist - loosely based on Gerhard Richter, one of the 20th century's most admired visual artists - played by Tom Schilling. The film goes from a childhood witnessing Nazi Germany to postwar East Berlin, where he falls in love with a young woman whose father is an ex-Nazi murderer in hiding.