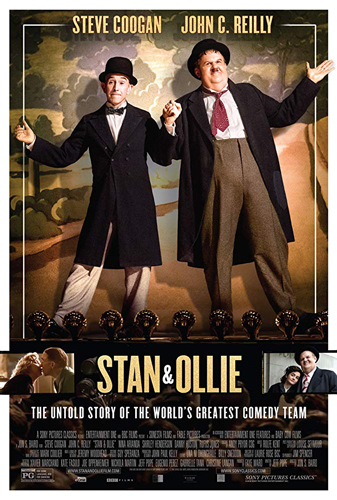 Stan & Ollie
Magnolia at the Modern

“Stan & Ollie, the story of the bittersweet final bow of legendary duo Stan Laurel and Oliver Hardy, should move and delight fans of the beloved performers while enjoyably exposing the less initiated to these comedy giants.” Gary Goldstein, Los Angeles Times. Laurel and Hardy, the world's most famous comedy duo, attempt to reignite their film careers as they embark on what becomes their swan song - a grueling theater tour of postwar Britain.