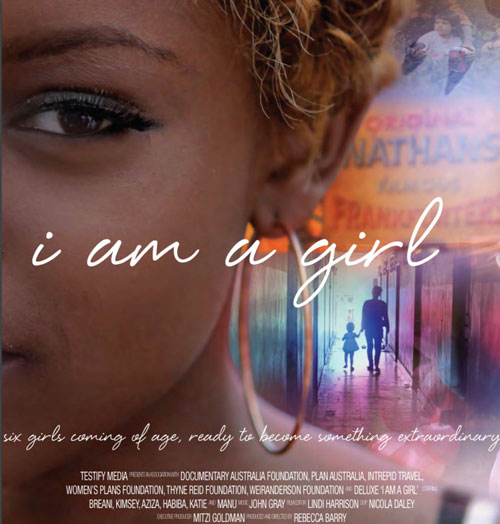 I am a Girl
Movies That Matter

Nominated for four Australian Academy Awards including Best Documentary and Best Director, this inspirational documentary paints a clear picture of the reality of what it means to be a girl in the 21st century — that you are more likely to be subjected to violence, disease, poverty and disadvantage than any other group on Earth. The film introduces five girls coming of age in the way their culture dictates, whose remarkable heart-warming stories are full of resilience, bravery and humor.

Movies That Matter is a bi-monthly film series program of the City of Fort Worth’s Human Relations Commission.
The series was created in 2010 as a way to create awareness in the community about human rights issues affecting people in Fort Worth and worldwide.