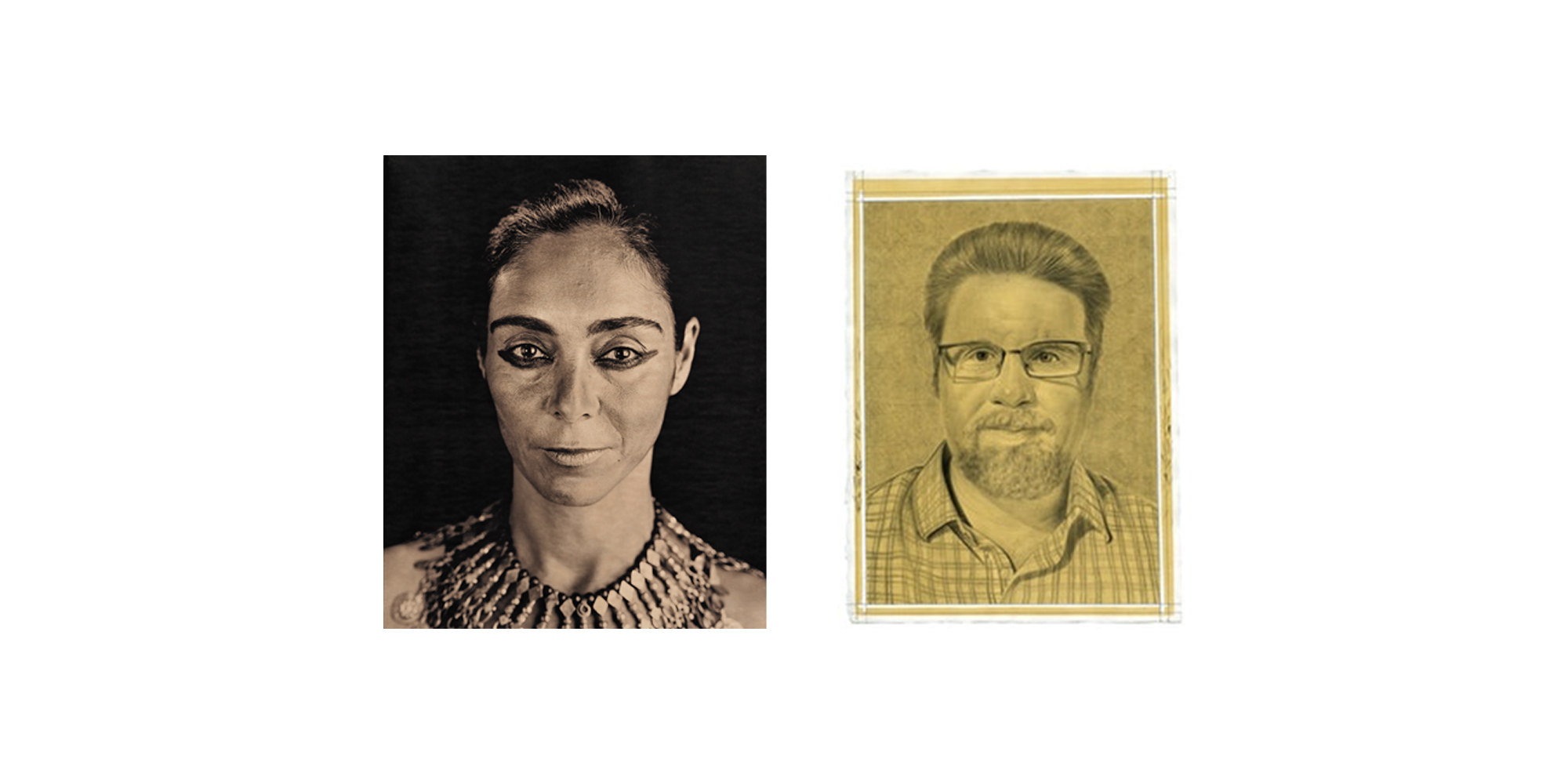 Shirin Neshat, by Lyle Ashton Harris,
courtesy of the artist and CRG Gallery, NY;
and Ed Schad, drawing by Phong Bui for the Brooklyn Rail

I am sending-
my warmest greetings to the sun,
and to the tender rivers that streamed in my veins,
and the raining clouds that forever carried- my endless dreams-
to the other side.

—excerpt from “I Will Greet the Sun Again” by Forugh Farrokhzad

For this special Being There: Tuesday Evenings with the Modern, Iranian-born artist and filmmaker Shirin Neshat is in conversation with Ed Schad, Curator at The Broad. This generous exchange about storied developments throughout Neshat’s long and celebrated career is in conjunction with the Modern’s exhibition Shirin Neshat: I Will Greet the Sun Again, an almost 30-year survey organized by The Broad, Los Angeles, and curated by Schad.

Shirin Neshat is represented by Gladstone Gallery, New York and Brussels, and Goodman Gallery, London, Johannesburg, and Cape Town. She has been the recipient of the Golden Lion Award - the First International Prize at the 48th Venice Biennale (1999), The Davos World Economic Forum’s Crystal Award (2014), and the Praemium Imperiale (2017). Having directed two feature-length films, Women Without Men (2009), which received the Silver Lion Award for Best Director at the 66th Venice International Film Festival, and Looking for Oum Kulthum (2017), Neshat also directed her first opera, AIDA, at the Salzburg Music Festival in Austria in 2017.

Ed Schad is Curator and Publications Manager at The Broad in Los Angeles. In addition to his curating and editing at The Broad, his writing has been included in Art Review, Frieze, Modern Painters, Flash Art, Brooklyn Rail, LA Weekly, Truthdig, and the Los Angeles Review of Books. In addition, he has contributed essays to monographic catalogues on the work of Robert Irwin, Sterling Ruby, Kaz Oshiro, and many others. For the last three years, he has taught writing at Claremont Graduate University.

As an onsite program, Tuesday Evenings at the Modern is on hold during the COVID-19 pandemic. Being There: Tuesday Evenings with the Modern is a unique and relevant online alternative. This format will allow for a live experience, with questions and discussion following each presentation. Free registration will be available one week in advance.