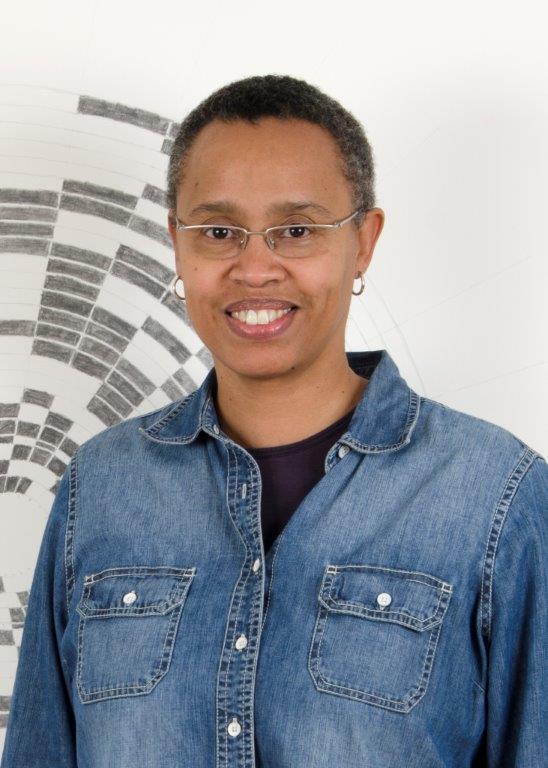 The Meantime: Before Digital, After Analogue
No matter what its imagery has been about—autobiography, ancestry, race, all those things that comprise memory and its inexorable corollary, the passage of time—the art of Annette Lawrence has always been, in some respects, a practice, a concerted making of circles, squares, grids, and spirals. Joel Weinstein, “Mixed-media Artist Has a Line on the Ethereal,” Dallas Morning News, May 27, 2000

Annette Lawrence works with text and information, often in response to physical space and time. Her practice is grounded in autobiography, counting, recording, charting, and layering quiet notations of everyday life. Her subjects of inquiry range from body cycles to ancestor portraits, music lessons, and unsolicited mail. Lawrence’s recent work engages time and accumulation through 25 years of journal-keeping. Her recent graphite drawings are circular grids based on charts made while digitizing handwritten journals. There is a clear sense of the amount of writing over the years, though not so much of what is written. Fueled by personal ambivalence about how much to reveal and how much to withhold, the drawings give a dynamic macro view of the activity of journaling over time while maintaining the inherent privacy of the writing. Notations of the presence or absence of an entry become data visualized in patterns that share resonance with pre-Columbian calendars, celestial charts, woven baskets, tubes, spheres, and discs.

For this Tuesday Evenings presentation, Lawrence reflects on being born toward the end of the analogue age, coming of age as the digital age developed, and maturing in the full-blown digital age as she shares observations concerning how the materiality of the information system that shapes one’s youth informs the ways in which one interacts with new information systems, as well as noting aspects of living in the transition between them.

Annette Lawrence, originally from New York, lives and works in Denton, Texas, where she is Professor of Studio Art in the College of Visual Arts and Design at the University of North Texas. Her work has been widely exhibited and is held in museums and private collections, including the Museum of Fine Arts, Houston; Dallas Museum of Art; Rachofsky Collection, Dallas; ArtPace, San Antonio; and Jack S. Blanton Museum of Art, Austin, and was included in the 1997 Biennial Exhibition at the Whitney Museum of American Art, New York. Lawrence received the 2015 Moss/Chumley Award from the Meadows Museum and the 2009 Otis and Velma Davis Dozier Travel Award from the Dallas Museum of Art.