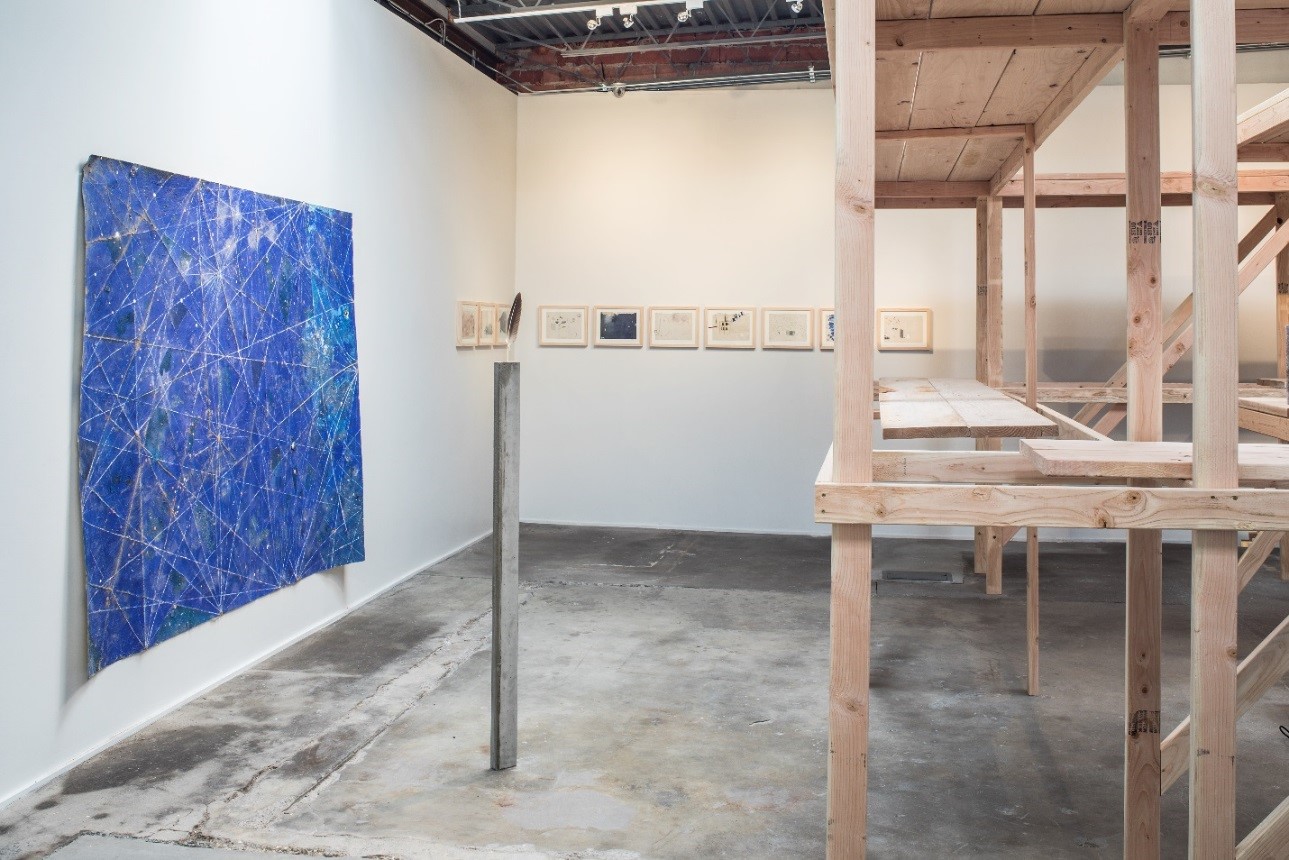 Having lived and worked fluidly between three different cities (New York, Miami, and his hometown of Lima, Peru), William Cordova creates artwork that deals with his real-life issues of transition and displacement. . . . Often site-specific, Cordova’s installations challenge preexisting histories of the places they occupy and present new perspectives on the fleeting significance of his subjects. Artsy, “William Cordova: Biography”

Each work in this exhibition contains layers of referents and histories, some of which may only be recognizable depending on one’s own personal and cultural background. Chelsea Weathers, “Critics’ Picks,” Artforum, Fall 2017

Kate Green, an art historian, curator, educator, critic, and recent Guest Director of Marfa Contemporary, and Carter Foster, Deputy Director for Curatorial Affairs and Curator of Prints and Drawings at the Blanton Museum of Art, are in conversation with the artist William Cordova. The focus of this conversation is the installation William Cordova: ankaylli: spatial and ideological terrain, a project Green commissioned Cordova to create for Marfa Contemporary in the fall of 2017.

True to Cordova’s practice, ankaylli: spatial and ideological terrain features a geometric form that is fundamental to nature and has appeared across cultures and times, from prehistoric carvings to pre-Columbian aqueducts to the artist Robert Smithson’s Spiral Jetty. The installation’s multifarious components circulate on and around the spiral form, directly referencing pre-Columbian traditions, modern art, and the cosmos, three “territories” that are often thought of as distinct but that here overlap, as indeed they do in Marfa.

This Tuesday Evenings presentation, “William Cordova: Frameworks,” holds great promise as Kate Green, curator of the installation in Marfa; Carter Foster, who acquired Cordova’s drawings for the Whitney Museum of American Art during his tenure as curator; and the artist unpack Cordova’s dense project and practice.