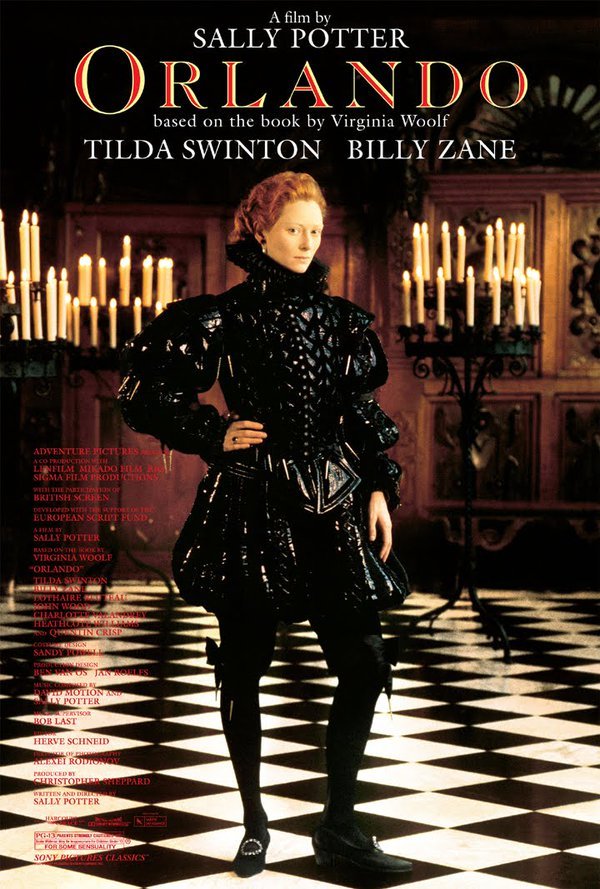 “Director Sally Potter's ironies, veering between the blunt and the exquisite, the oblique and the confrontational, expose the cruel hazards of nature and the perversities of culture.” Richard Brody, New Yorker.

“The good news about this historical vaudeville is that Orlando's consciousness, like his/her gender, is a delightful work-in-progress.” Carrie Rickey, Philadelphia Inquirer.

In 1600, nobleman Orlando (Tilda Swinton) inherits his parents' house, but thanks to Queen Elizabeth I, who commands the young man to never change, one morning Orlando is shocked to wake up as a woman and returns home, struggling as a female to retain her property as the centuries roll by.
PG-13; 93 minutes

In conjunction with the Modern’s exhibition Women Painting Women, this series presents landmark films from acclaimed women directors, all featuring a unique creative vision and tour de force performances from actresses in the leading roles. Tickets are $5; free for Reel People. Click here for information about the special benefits of joining Reel People, a membership add-on for film enthusiasts.