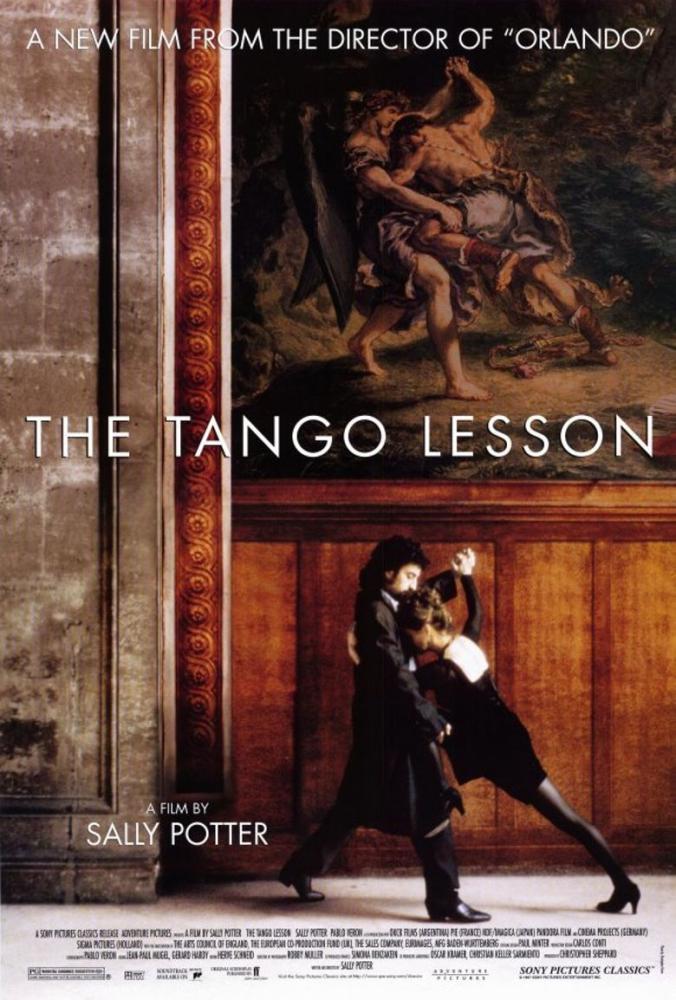 “Most dances are for people who are falling in love. The tango is a dance for those who have survived it and are still a little angry about having their hearts so mishandled. The Tango Lesson is a movie for people who understand that difference.” Roger Ebert, Chicago Sun-Times.

Written by, directed by, and starring Sally Potter, this semi-autobiographical film focuses on a filmmaker/screenwriter suffering from writer's block. Taking a break, she becomes obsessed with the tango and tango dancer Pablo Verón, to whom she offers a part in her movie in exchange for dance lessons. The film explores the conflict between the woman dancer accepting the man's lead in the dance, while the man must accept the woman's lead in the film. It is a love story and a showcase for Verón's dancing.

Potter is known for innovative form and risk-taking subject matter and has worked with many of the most notable cinema actors of our time. Her films have won more than 40 international awards and received both Academy Award and BAFTA nominations. She has had full career retrospectives of her film and video work at the BFI Southbank, London; The Museum of Modern Art, New York; and the Cinematheque, Madrid.

“Sally Potter typically works on multiple elements of her films, from script and direction to sound design, editing, performance, and production, elegantly blending poetry and politics, giving voice to women’s stories and romantic liaisons, and exploring themes of desire and passion, self-expression, and the role of the individual in society.” MoMA
PG; 104 minutes

In conjunction with the Modern’s exhibition Women Painting Women, this series presents landmark films from acclaimed women directors, all featuring a unique creative vision and tour de force performances from actresses in the leading roles. Tickets are $5; free for Reel People. Click here for information about the special benefits of joining Reel People, a membership add-on for film enthusiasts.